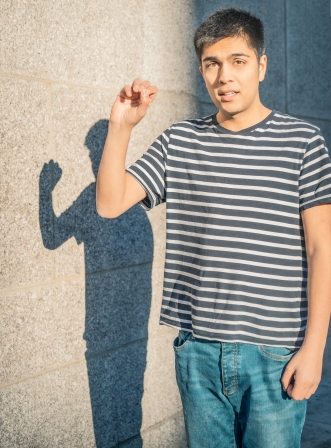 Join Leicester Comedy Best Festival Appearance Nominee Jamie D'Souza as he performs a work in progress of his highly anticipated debut stand-up show about his first school crush. He's definitely over it. Expect a mix of short stories, hilarious one-liners and award-nominated musical comedy. Or as one reviewer actually wrote, "his material is nice and mixed… just like his race".

"I guarantee anybody at the Fringe will enjoy" ★★★★ (MumbleComedy.net)