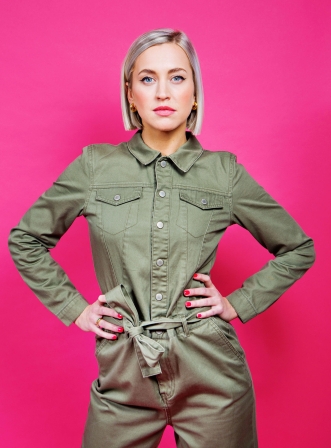 Star of ITV2's Stand Up Sketch Show, BBC New Comedy Awards Finalist and Pleasance Reserve alumni Lily is, post pandemic, STILL banging on about her Vagina. Female comedians are often criticized for only talking about vaginas and periods, which is offensive, but in Lily’s case 100% true. She is very much leaning into her reviews of "rambunctious smut" (Steve Bennett Chortle) and brings you an hour of dry wit and dirty jokes with some anecdotes about her long suffering boyfriend thrown in for the ladsssss.

Smut explores the many trials and tribulations of being a woman, like turning 30 only to discover that apparently your vagina gets bigger with age rather than usage, how to deal with your dogs cystitis, and what happens when your boyfriend has to help you birth your own menstrual cup... they are still together now by the way, if anything, it has brought them closer.