Michael Akadiri: Not Ready For This – Work In Progress 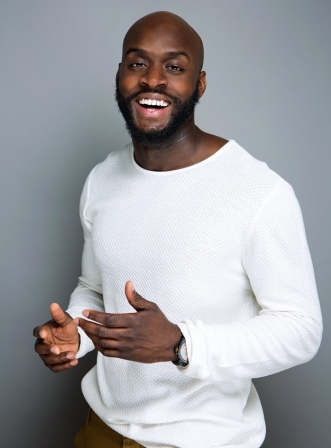 Michael Akadiri is a fast rising, multi-award winning comedian. His natural charm and cheeky, observational style has already seen him make an impact on the UK comedy scene, most recently winning the Komedia New Comedy Award.

He made his TV Stand Up debut on BBC 1 as part of the BBC New Comedy Awards and has been cast to appear in the next series of ITV2’s The Stand Up Sketch Show. He has written and performed sketch collaborations with LadBible and other broadcast credits include BBC Radio 4's Fred at the Stand, panel appearances on Times Radio and hosting on BBC Radio Kent.

Despite his success on the circuit, he also finds himself as a junior doctor on the NHS front line. How did he get here? And now he's here, is he ready for this? Find out how this "sharp witted everyman" (Chortle) traverses the challenges of everyday life and his work in the NHS.

"Expect to be laughing regularly at him in the future." (Evening Standard)
Tweet
BOOK NOW